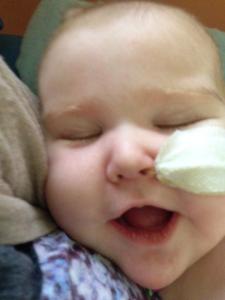 What would I say if cancer were standing in front of me right now?

I’d say you hesitated. You underestimated
You hesitated and Bede in all his reckless abandon, in his relentless might, in all the glory of his wisdom empowered himself with light and love and the prayers of many.
I’d put cancer on notice.
It is no longer fighting a beautiful resilient baby. It is being dominated by a little boy who we can now see more than ever consciously makes the decision to fight. Consciously chooses to live. He is more than ever an active participant in his life and the direction he is taking. That direction is a life lived in hyper colour.

As always that fight does not come with the expected connotations of anger or resentment. It is fuelled by love and persistence and hope and light and gentle all encompassing strength. 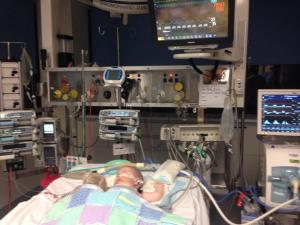 On Friday I wrote the blog while the doctors were still in the room and the nurses were starting to prepare him for theatre.
I felt guilty as though in the two minutes it took me to do that I was robbing him of my presence but his daddy held him and I typed. It had been a difficult few days and we had just had a difficult conversation in front of him and I wanted to make sure he went into that surgery wrapped in love and hope and positivity and boy did you guys deliver. Thank you.

You know what really came out of this past weekend is Bede’s incredible ability to inspire love and kindness and positivity and wild hope. Team Bede was in full force and standing behind him and you could really tangibly feel the effect of that.

So many times he has stood on the edge, and while I have no illusions about just how bad a place the edge is, so many times it could have been so much worse. Like he has stood on that edge and then just at the last moment, swayed by your love and his strength, he has leaned back. Back into our warm embrace and a life lived beautifully and gracefully and gently and most of all with determined happiness.
That happened again on Friday. They got in there and as though by a miracle inspired by your goodness and positivity his bowel was not perforated. It was severely infected. He was on the edge but leaning back and we all rejoiced. Give Bede an inch and he’ll make a mile of it.

Late on Friday night I was too exhausted, completely shattered to post here but sent this out to my family. I wish I had had the energy to send it to all of you….

He’s made it through.

He has been robust and resisting sedation although now he is out for the count and I am about to steal some sleep.

His gentle persistence pervades. His glow comforts. His inherent love and light not to be underestimated.

From the bottom of our hearts thank you and if you have any more please keep it coming. He remains worth it and he is fighting hard. He’s made it through.

When I wrote that, he had one tube running outside his body draining his brain fluid, one tube running into his penis emptying his bladder, one tube running down his mouth into his lungs breathing for him, tubes going into his jugular, his central line and one coming out his femoral artery that was giving us a constant dynamic blood pressure. It was a meeting of machines and the human spirit and in that moment I had no idea just what lay in front of us.

12 hours later his breathing tube was removed and an hour after that another one of his tubes and then I was allowed to hold him for the first time in 24 hours. As I held him he really came alive and he looked at me and laughed as though declaring ‘I’m here mum, don’t worry it takes a bit more than that to keep me  down.’

Then over the next 3 days he had serious complications associated with his brain and the tube draining his brain fluid. t was an incredibly difficult few days advocating for him as we knew it was over draining for days before the team did. They corrected the problem and he has since been recovering.

Then yesterday the surgeon came in and told us if the infection had progressed even by a small amount it was a sign Bede’s body was shutting down and dying. We got the x-ray and there again he was on the edge but leaning back. It looked as though he had improved significantly.

Through all this higgledy piggeldy up and down recovery Bede’s strength has been unwavering.  His laugh fills the room. His light ever luminescent gently dances through the air. His persistent love and life are soothing. His presence comforting. It’s all gentle and quite subdued in here but when I put my lips to his cheek his strength, his robustness, and his fight, reverberate through every molecule of my being. He is tired but he is unwavering. His joy unmovable. When he laughs he does so with his whole body and it shines.
This last couple of months feel too big in good ways and bad ways but mainly in a course altering way not to summarise and let you all know what’s happened but that will again have to be for another day. I think for now this is enough.

Today the doctors think the spine might have progressed slightly but his main tumour could be  smaller. That MRI is this afternoon and we’re waiting with bated breath. Never complacent, willing him with every ounce of our being to pull another miracle out of his hat.

We’re hoping tomorrow we will get to re-internalise the tube that is draining his brain fluid but of course that means more surgery.

Thank you all; for all you have already done and for your continued care, from the bottom of hearts, thank you.

Now lean back baby boy, lean back in to our love and positivity and wild relentless hope.
You inspire love and I want your soul and light to dance across this earth for a while longer.

Cancer you are on notice. 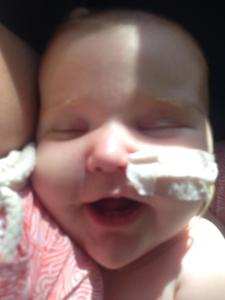